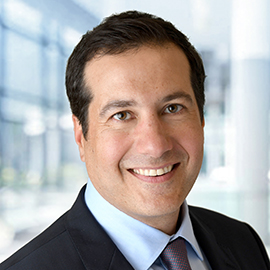 As part of his two decades in executive search, Tim has also worked extensively within the government contracting industry where he has represented and placed multiple U.S. Government officials and military flag officers as they transition to private sector positions. Examples include placement of two former Defense Information Systems Agency Directors, the Under Secretary for Nuclear Security, a former Secretary of Homeland Security, the Vice Commandant of the U.S. Coast Guard, and the Chief Information Officer for the Office of the Director of National Intelligence.

Prior to joining ZRG, Tim was a Principal with The McCormick Group, Inc., a leading national boutique executive search firm. During his nineteen-year tenure, Tim helped establish TMG's Government Services Practice as an industry leader, placing over 200 executives with companies like Lockheed Martin, Deloitte, SRI International, and Accenture.

Tim earned his bachelor's degree in political science and public communication from The American University in Washington, DC.

Tim is a performing musician and active in his community coaching youth baseball, basketball, and soccer. He and his wife, Kerry, live in Alpharetta, GA with their two sons, Marshall and Jett.