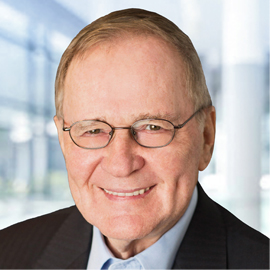 In a career spanning six decades, Stuart has had an unprecedented influence on today’s media landscape. Today, he is the trusted confidante and counselor to leaders in media, entertainment, digital and sports. Across the C-suite, executives turn to Stuart and his company for the uncompromising candor, discretion and integrity that make Sucherman unique among advisors.

Stuart’s contributions to public service, media and entertainment include helping to establish the Public Broadcasting System (PBS) and Sesame Street while he was a Program Officer at The Ford Foundation. He also served as Executive Vice President of Corporate Affairs at WNET, one of PBS’s flagship stations, along with roles at CBS News and the FCC.