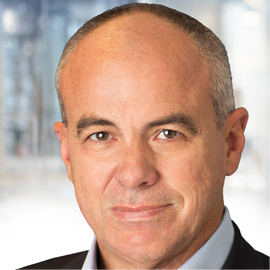 Erik Sorenson is a veteran media and entertainment executive with more than 35 years of experience leading and advising the world’s top news, sports and technology brands. As CEO of Sucherman, he is a trusted partner to media giants, technology leaders, and powerhouse sports brands ranging from WarnerMedia to Dreamworks, Univision to Google, the New York Mets to the San Francisco Giants.

Erik was appointed CEO and President in 2013, after joining Sucherman as chief operating officer in 2010. He oversees a global team serving clients with the high-touch, bespoke approach of a boutique advisory firm — as well as the international reach essential to our interconnected economy. He brings a uniquely valuable perspective to his clients, having held nearly every job in the television production ladder, from entry level coordinator to network president. While setting the vision and strategy for Sucherman, Erik is hands-on with clients, leading more than 500 advisory and recruitment assignments over the past ten years.