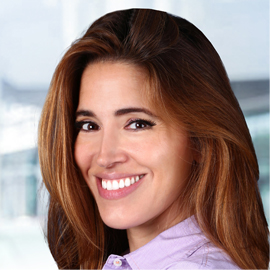 Christina Sampaio-Forman is a media and entertainment industry veteran with over two decades of experience in content development, production, talent recruitment and business management. With deep relationships across the industry, including with network executives, producers, agents and talent, Christina leads high-profile executive searches for leading media, entertainment and digital brands.

During her tenure at Sucherman, she has played a core role in more than 60 successful placements across television and film development, production, business affairs and marketing. Relentless in her pursuit of making the right match, Christina is responsible for recruiting executives who then ascend in the organization, including network entertainment heads and C-suite executives.

Christina earned a Bachelor of Arts degree in Theatre at the University of California, Los Angeles.