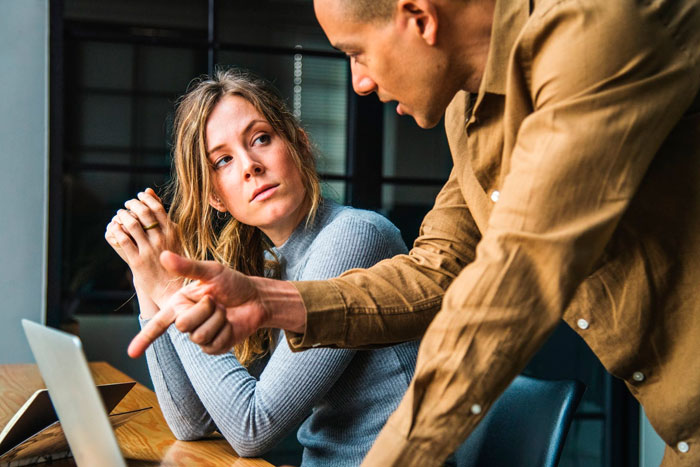 What women can learn from men to advance their careers

Call me a desk-chair psychologist, but in the process of interviewing female senior executives about their personal career ladder, I am noticing distinctive work styles that men and women seem to favor.

I am part of the generation of women who entered the business world in greater number and force than our mothers. We attempted to emulate men in every way, including dress. Who can forget those style-less, male-fashioned suits. The only differences were skirts instead of pants and bow ties that were softer and more feminine.

Thank goodness we can now express ourselves through personal style and greater choices in our work attire!

As I observe gender differences, I don’t want to present them as strengths versus weaknesses. I want to celebrate the differences that are positive and worth nurturing. Diversity means nothing if we don’t bring together the best of our unique traits toward common goals.

But since my goal is to help women advance their careers, I also want to make them aware of the traits that may be hindering their progress and encourage them to emulate traits that men may come by naturally or through their upbringing and socialization.

Willingness to display confidence (even if you feel your knees wobbling)

One difference I see between men and women in business is that men confidently step up to bat, while women may hesitate or shy away altogether. Use any sports metaphor you want, since sports metaphors may be another gender-driven difference, but men get on the playing field.

Several weeks ago I heard Chris Baldwin, CEO of BJ’s, say this –

“I keep a baseball bat in my office. Most people who work for me understand its’ symbolism, which is that you can’t get any hits unless you swing the bat.”

Chris makes it clear to women and men who work for him the importance of swinging the bat. One of the greatest hockey players in NHL history, Wayne Gretzy, expressed a similar thought:

Women cannot and will not succeed by staying in their safe zone, either turning down opportunities or failing to create them. This may end up being the most important lesson I am learning in my successful business women interviews. You must be willing to step forward and roll the dice!

I think females are more aware of what they believe they ‘can’ and ‘cannot’ do. Men seem to be less concerned with experience and credentials. Even if they know they’ll be drinking from a firehose, they start with confidence and become capable.

Virtually all the women I talk to tell me about the male executives and mentors in their career who have been on their side, coaching them and believing in them, sometimes more than they believed in themselves. These men gave them the push they needed to test and prove their abilities, which became a turning point in their careers.

In a Harvard Business Review article, author Doug Sundheim tells of his dismay when he realized that of the 38 stories of risk he had chosen for his book Taking Smart Risks, only seven of them featured women. But he simply had fewer good examples of women taking risks.

Many studies show that women and men approach risk differently, and that gender-based differences do exist in the regions of the brains that calculate risk. I’ve seen additional research showing that under pressure, which would include most high-level management positions, male risk-taking increases while females tend to step back. That doesn't mean women are not suited for pressure-filled situations. The ability to step back for a moment can be an enormous advantage.

Yet women should be aware of this tendency, or it might paralyze them. The women executives I’ve been talking to have taken risks that required them to push past their fear or to act as if they could do it, even if their inner voice was telling them otherwise.

Men also seem more willing to delegate, while women may be more apt to do it themselves. They may be perfectionists, or I’ll say it – control freaks. They may be concerned about their reputation, especially women in the executive suite who are feeling as if they are under a microscope in a way that men are not.

I’m certain that in some cases, given the same circumstances, women continue to be held to a higher standard than men. Yet in other cases, that higher standard may be self-imposed, because we women can be our own harshest critics.

Willingness to lighten up

The final trait I think women can learn from men is to loosen up! I have seen a kind of innocence and playfulness in men that I don’t see as often in women. When I do see it, it’s after work hours and away from the office, in their personal lives.

Keeping their playful nature alive in the business world allows men to pursue work opportunities with less fear and uncertainty, and more joy.

These are traits I see in men that are worth emulating and learning.

They're traits I would like to develop and strengthen in myself, and I encourage other women who want to advance their careers to do the same.