We Will Network Again

Time to get into great networking shape 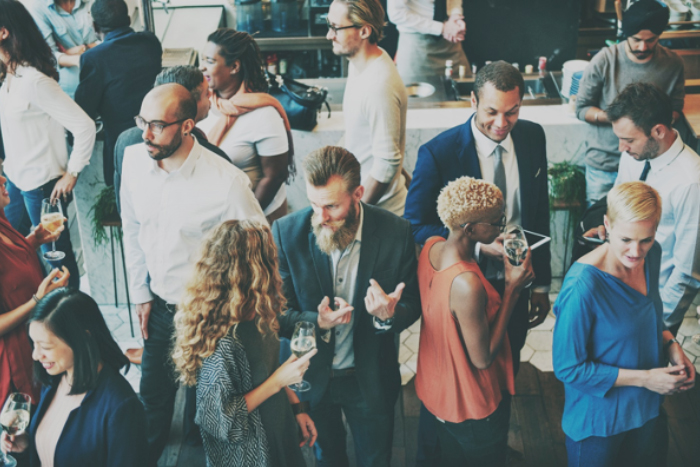 Given the last thirty days in isolation, social distancing, and mask-wearing, you might guess that we would all give our right arm to put on our best work outfit to attend a networking event. With people in a crowded room! Those were the days when we had them……

The fact is, most women would rather go to the dentist than a professional networking event.

This is not news, and when I participated in a panel discussion about a month ago on the topic of networking, I felt it was reconfirmed. I do believe that business networking comes more naturally to men. It’s something they do, not only at designated networking events but wherever there’s an opportunity.

Even as an extrovert, I become a bit nervous in advance of a networking event, especially when I know I won’t recognize many people, but I put on my bravery armor and go. Whenever I attend a networking event, I come out feeling alive and ready to reach for way more of my potential, a feeling I want for you too.

Networking events, like all other gatherings, have been put on hold for a while because of coronavirus restrictions. In the meantime, you can use LinkedIn and Zoom or Facetime for 1:1 networking to practice some of these networking skills:

My advice for folks on networking is give, give, give. You will later receive. But you are really planting these seeds. Some of them will die, and they won’t become anything. Many of them will take many, many years before they pay off for you.

In general, men make the most of networking events, more so than women, because they do these things and reap the rewards. Personally, I can’t wait to get back to attending networking events. It is an incredible tool that every woman should have and use for personal satisfaction and professional career growth.