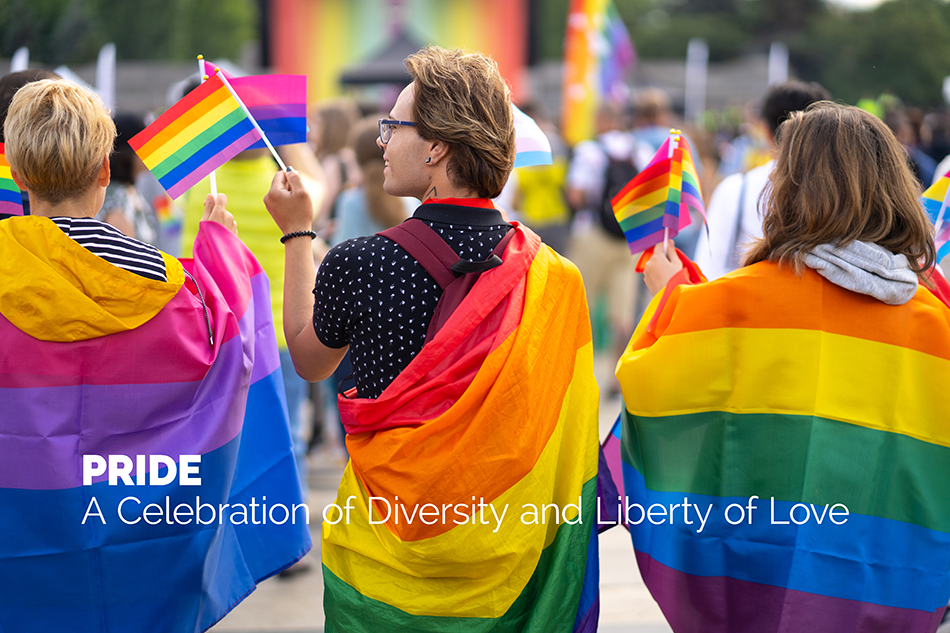 A Celebration of Diversity and Liberty of Love

The colorful and uplifting parades of sparkling people, workshops, and other joyful gatherings that decorate our streets in the month of June, trace their origins to riots that took place in New York in 1969. Designed as a means to gain equal rights for the Lesbian, Gay, Bisexual, Transgender and Queer communities (LGBTQIA2S+), Pride commemorates the catalyst of a movement, recognizes achievements of people throughout time, and acknowledges struggles of the past, present, and the future.

It all started on June 29, 1969. Tired of police harassment, social discrimination, prejudices and persecutions, brave individuals such as Sylvia Rivera, Marsha P. Johnson, Lee Brewster, and Bunny Eisenhower decided to take a stand against police violence and raids targeting the LGBTQIA2S+ communities. This led to a riot that lasted for days known as the Stonewall Riots and made The Stonewall Inn in New York City the epicenter for a movement that since that day, has never stopped moving.

The first LGBTQIA2S+ march was organized by Brenda Howard on June 28,1970, one year after, in remembrance of the Stonewall riots. Howard, a bisexual woman, also known as “the mother of Pride,” further organized activities for the LGBTQIA2S+ community, which later became the foundation for what we know as pride today. Memorial days, events and festivals have since then emerged in cities all around the world.

Thus, Pride stems from the original march in honor of the gay liberation movement in opposition of the shame and social stigma of their time. As an event it is still heavily politicized within society. The conversation often speaks of the challenges that are progressing, however what does the reality for the people within the LGBTQIA2S+ community look like today?

LGBTQIA2s+ people around the world are still being tortured, persecuted, harassed, and discriminated against for being true to themselves and who they are. Even in the more progressive westernized countries, the LGBTQIA2S+ people are struggling for equal protection when it comes to adoption, housing, employment protection, education, and medical care. These challenges persist, despite the fact that the United Nations agrees that “the right to live in accordance with one's sexual orientation and gender identity, without discrimination” is a fundamental human right.

Today, Pride provides an opportunity to recognize the lives and achievements of those who have contributed to the progression of the LGBTQIA2S+ movement. Although major progress has been made in regard to the LGBTQIA2S+ rights over the years, and one might say that some degree of equity exists, there is still major work to be done. Pride promotes self-affirmation, dignity, and equality. It celebrates the fundamental human right of “life, liberty and the security of person”.

As we enjoy the colorful events of Pride, remember it is crucial to acknowledge the foundation behind the movement. Just as it is important to realize that the visibility of lesbian, gay, bisexual, and transgender (LGBTQIA2S+) within our community, creates both a place and a space of belonging for millions of people around the world. Pride month is about spreading awareness and creating a social immersion of diversity, without any regards to age, race gender or sexual orientation.  Above all, Pride is a celebration of the liberty to love and be loved just as you are.