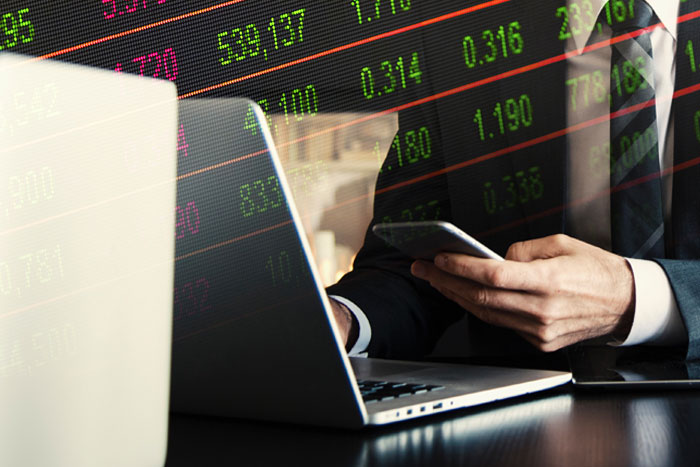 It is a dynamic and challenging time for the life sciences sector. State-of-the-art technologies are driving transformation; powerful players are disrupting traditional competitive dynamics; major markets across the globe are opening up or expanding; and, as always, the flow of capital is playing perhaps the most important role in helping to determine the likeliest winners.

Opportunities abound for life sciences corporations and the executives who lead them. But so do the risks for those unable to interpret and act on key trends, raise essential capital and, when appropriate, pivot in new directions with nimbleness and vision.

As just one indicator among many about today’s and tomorrow’s opportunities, global prescription drug sales are expected to grow at an annual compound rate of 6.5% during the next five years, with worldwide sales projected to reach $1.06 trillion by 2022, according to Deloitte. That’s a rosy outlook compared to the 2.2% compounded annual growth rate that clocked in during the period from 2012 to 2016.

Meanwhile, a variety of factors are encouraging the likelihood that we’ll see increases in out-licensing, in-licensing, and M&A activity throughout the sector. As one example, 46% of life sciences executives surveyed by EY recently reported that the need to fund new technology investments would make it more likely that they would make divestments over the next year, perhaps by selling off non-core assets.

It’s a promising sign that nearly half of the top 20 pharmaceutical markets worldwide are in emerging markets who’s rapidly growing middle classes should continue to boost demand. Accordingly, R&D spend for the sector is up as well, projected by Deloitte to reach U.S. $181 billion in 2022 compared to $156.7 billion in 2016.

All of this is translating into an active mergers and acquisitions market. 2015 was a banner year when the value of life sciences deals topped $575 billion, according to Statista; that rate dropped to about $275 billion in 2016 and $165 billion in 2017, and there is pent-up demand to help drive new activity.

Many recent deals have involved global players as with Takeda Pharmaceutical’s $62 billion bid for Dublin-based Shire Pharmaceuticals, which recently received unconditional approval from the U.S. Federal Trade Commission. But it’s a sign of these times that one huge deal, the $69 billion merger of CVS Health and Aetna, is an industry crossover transaction between a drugstore chain and a healthcare insurer aimed at disrupting longstanding competitive dynamics.

The venture capital community also has been active. As CRBE referenced, venture capital investment in the life sciences is more than 50% higher than 10 years ago. One noteworthy example was Bain Capital and Cinven’s $4 billion-plus acquisition of a German generics and OTC drug manufacturer.

From a big-picture perspective, transformation is truly the name of the game. With the growing importance of gene editing, synthetic biology, artificial intelligence, biosimilars, immunotherapies and more, one way to think about what’s happening is that this is a time when big bets are being made about where life sciences and healthcare companies need to be positioned in order to succeed over the long term.

Medtech companies are capturing attention with strong areas including in vitro diagnostics, cardiology, diagnostic imaging and orthopedics. Venture capital investment in the medtech sector has been steadily expanding since 2010/2011. According to Statista, it amounted to $7.7 billion in 2016/2017 up from $6.3 billion the previous year. There were 21 medtech IPOs in 2017, significantly up from 15 in 2016 although still lagging that banner year of 2015, when 43 medtechs went public.

Meanwhile, capital is also flowing to those areas in which healthcare demand plus pricing potential add up to promising prospects for success. Statista reports that between 2008 and 2017, oncology represented 40% of the worldwide therapeutic licensing and acquisition deals that took place; the next largest shares, infectious disease and immunology, just represented 9% and 8% respectively.

The razor-sharp focus on capital is also forcing life sciences corporations to make some hard choices in terms of outlicensing or divesting assets. As the recent survey from EY found, today’s divestment decisions are being fueled by both the digital transformation of health care and an enhanced ability to use technology, data and analytics to help make better decisions about how to maximize value and efficiency.

No discussion of activity in the life sciences space could be complete without a mention of the elephants in the room; the corporate behemoths that are moving into this space with the potential to change absolutely everything we assume about healthcare. Indeed, with Apple, Microsoft, Amazon and Google’s parent, Alphabet, all setting down big stakes throughout the global marketplace, it’s fair to say that only the very strongest, and best capitalized, companies will survive.

For life sciences corporations, these trends have profound strategic talent implications. Just as with the competition for capital, the war for top talent has never been more complex or challenging in this sector. Recruiting and retaining the right executive or board director requires a sophisticated, fine-tuned approach, customized to each organization, as I’ve learned in nearly 20 years of directing my business activity exclusively in the life sciences sector.

At ZRG Partners, our Global Life Sciences Practice includes two dozen expert consultants who bring deep sector knowledge and exceptional networks to every client engagement, across all leadership functions. We would be pleased to discuss your strategic talent planning with you in further detail.