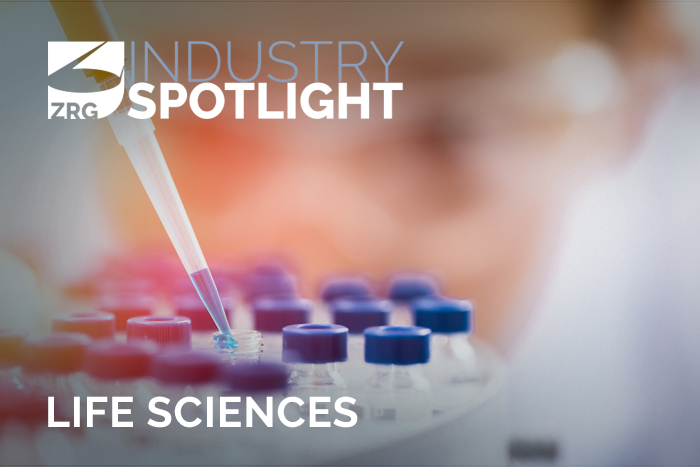 ZRG presents our first Life Sciences Industry Spotlight — a snapshot of key industry hiring trends, executive moves, and financial performance that includes an overview of the industry’s top mergers and acquisition activity that has taken place over the past three months. This will be an on-going publication designed to provide you with data-driven insight into critical talent developments and their industry context. 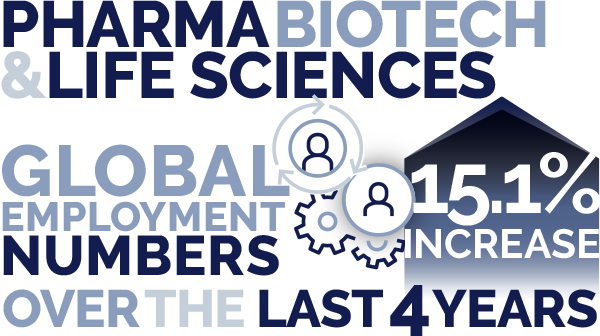 Since 2015, total employment in the Life Sciences industry has increased 15% with a slight blemish coming in 2017 when employment contracted less than 1%. That said, while the long-term growth trend that began following the 2008 financial crisis remains intact, the pace of growth has leveled off noticeably over the past two years. 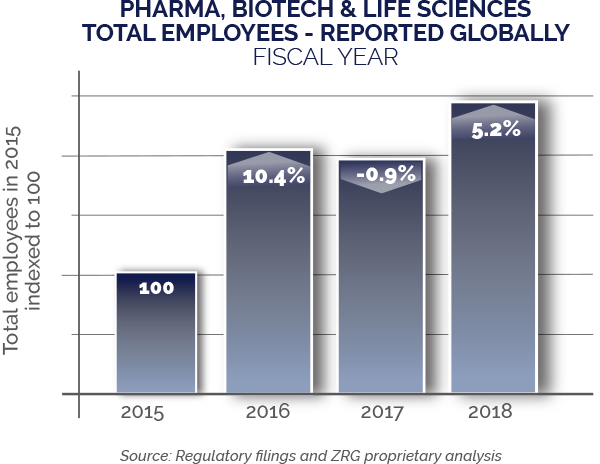 EXECUTIVES ON THE MOVE

In this section, we highlight some of the notable executive leadership changes within the industry over the past few months. Please note that the list below does not represent retained search work performed by ZRG, but simply reports on senior leadership changes that have taken place recently. 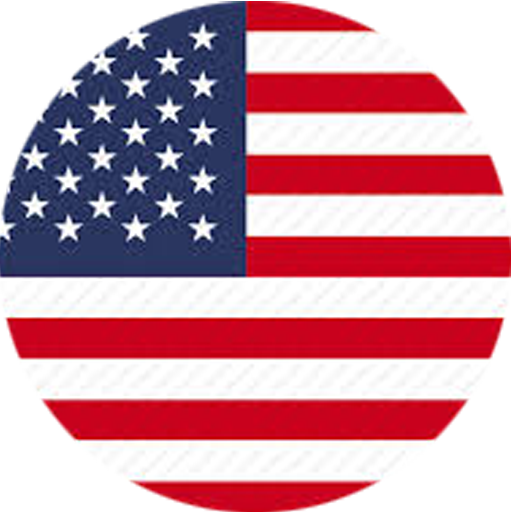 Cardinal Health (NYSE:CAH) today announced that Stephen Mason, President of the company's Cardinal Health at-Home Solutions business, has been promoted to Chief Executive Officer of Cardinal Health's Medical segment. Mr. Mason will succeed Jon Giacomin, who will be departing the company in mid-August to assume a CEO position at a privately-held company.
VIEW COMPANY RELEASE > 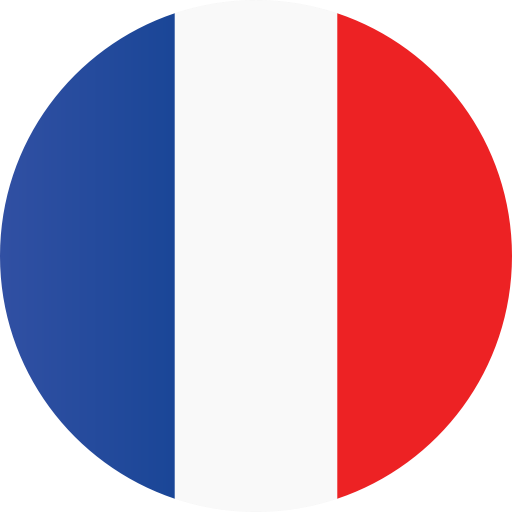 Sanofi has found its next chief executive officer. Novartis executive Paul Hudson will officially take over for the retiring Olivier Brandicourt on Sept. 1.

Hudson, 51, most recently served as CEO of Novartis Pharmaceuticals. In announcing Hudson as the new CEO, Sanofi described him as a “seasoned leader with a strong international experience, particularly in the United States, Japan, and Europe.” In addition to his tenure with Novartis, Hudson has also held key roles in AstraZeneca and Schering Plough. He will move to Paris to take over the reins of the company.
VIEW ON BIOSPACE.COM > 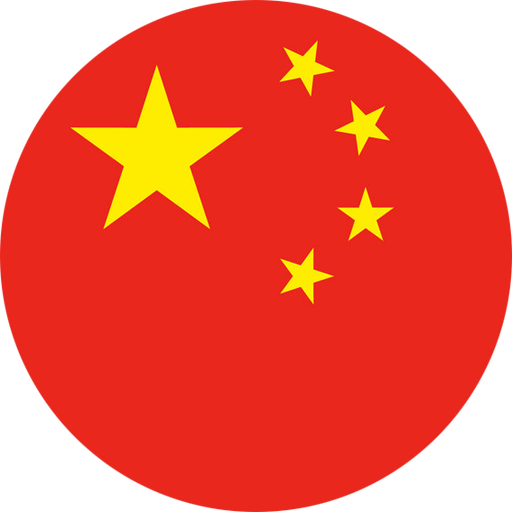 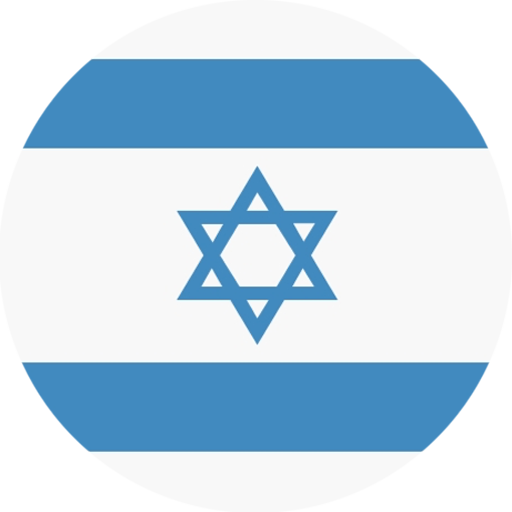 Teva Pharmaceutical Industries Ltd. (NYSE and TASE: TEVA) today announced that Michael (Mike) McClellan, Executive Vice President and Chief Financial Officer (“CFO”), has decided to step down from his role as CFO due to personal reasons requiring him to be located near his family. Teva has initiated a search to identify its next CFO. Mr. McClellan is expected to remain in his role through the announcement of third-quarter results to assist with a smooth transition.
VIEW COMPANY RELEASE > 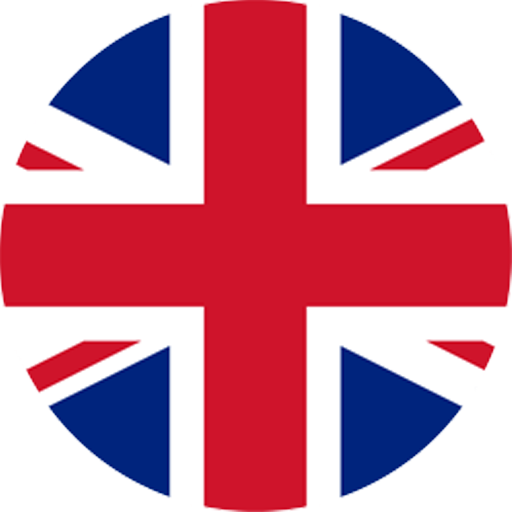 Reckitt Benckiser Group plc (RB) announces the appointment of Laxman Narasimhan as Chief Executive Officer to succeed Rakesh Kapoor. He will join the Company as CEO-designate and be appointed to the Board as an Executive Director effective 16 July 2019. He will become Group CEO with effect from 1 September 2019.
VIEW COMPANY RELEASE >

At ZRG, we believe that understanding talent trends and anticipating what comes next requires an understanding of both individual company situations and the broader industry context. In this section, we present industry measures that help depict the “big picture” framing talent management and acquisition decisions across the global Life Sciences landscape. 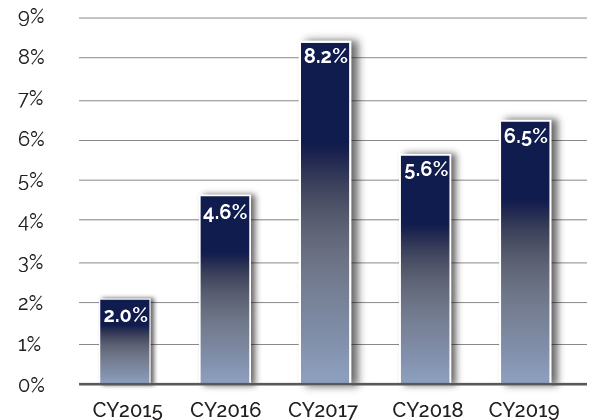 Year-over-year industry revenue growth remains strong, exceeding developed economy growth rates by over 2.5 percentage points from 2016 onward. The increases have been the product of healthy organic growth and a time of relatively high pharmaceutical product launches at a time when the next wave of patent expiries remains on the horizon (and expected to arrive in 2023). 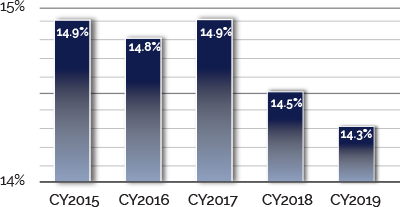 While the industry-wide operating margin was steady at just under 15% from 2015 – 2017, the past 1.5 years have seen a noticeable deterioration.

As the S&P 500 pulled back significantly in the second half of 2018, large-cap stocks became something of a low volatility safe-haven. Mid-cap stocks, meanwhile, gave back all of their outperformance of the S&P 500 in the waning months of last year, and following a strong start in 2019, they dropped precipitously and have since struggled to keep pace with their large-cap competitors. 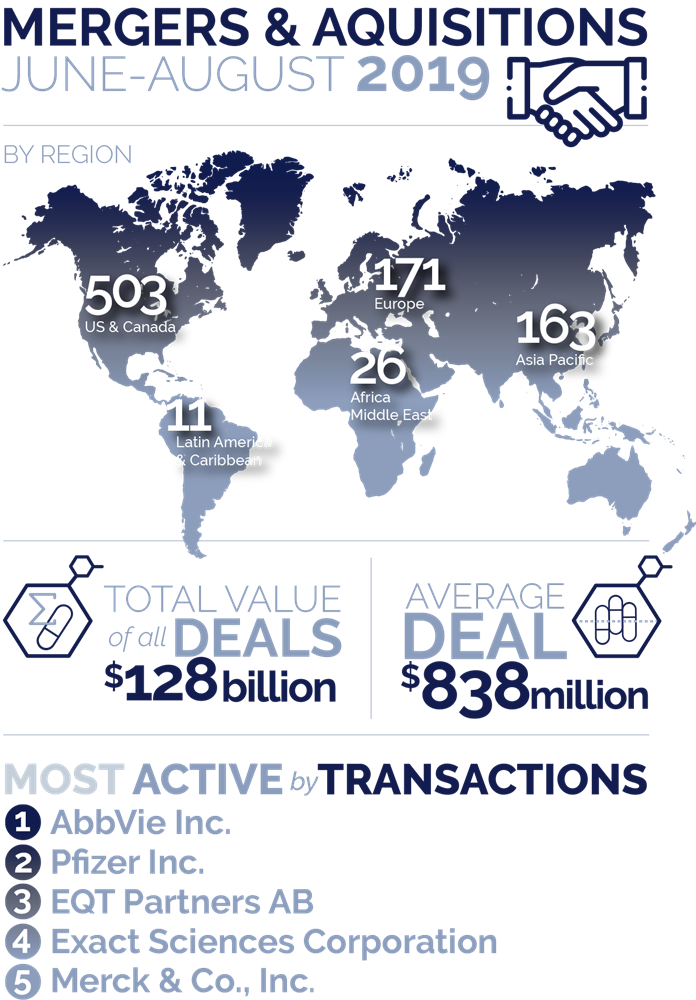