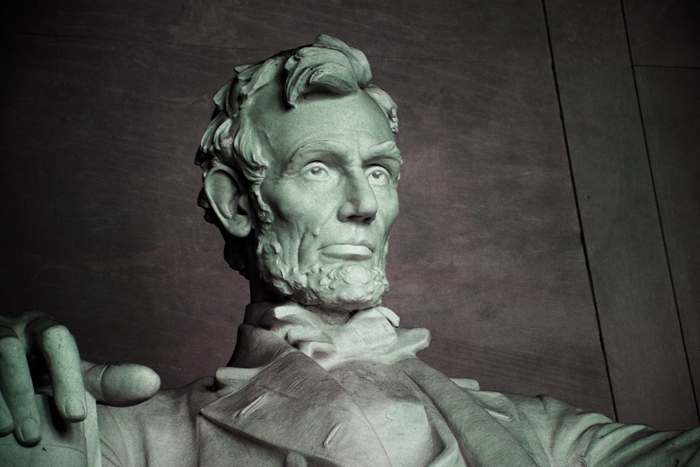 Ethical Leadership in an Age of Relativism

Part 1: Getting real about ethical leadership

In the 1990s, then-President Bill Clinton was the center of many ethics-based discussions after lying to the America people in a televised statement about his relationship with White House staffer Monica Lewinsky, which later lead to impeachment trials Notwithstanding former President Clinton’s uptick in approval ratings following the Lewinsky scandal (economic improvements trumping morality failings), ethics still matter. It’s the kind of ethics, the emphasis, that is changing, as we move to a society of relative, not absolute, values.

Leaders who cheat in their personal or professional lives are still usually frowned upon… and often much worse. The popular “Mad Men” series may have provided the most current lessons in getting away with unethical behavior in the business world, but also in the price ultimately paid.

Yes, people still care about ethics and morality. It’s just that defining these is more challenging in an age when our religious base, common heritage and ability to assimilate cultures into a unified citizenry are disintegrating. Today, relativism, or “practical ethics,” carries the momentum in defining both our national persona and collective personal mores.

Millennials living together and raising a dog replaces the traditional marriage and children paradigm, and the recent SCOTUS decision is tangible proof that we are redefining the married family unit to match the reality of our times. A large swath of our population hardly bats an eye over erased server emails by a Presidential Cabinet member or our soap opera-worthy series of bumbling political embarrassments.

We seem to have exhausted our sense of outrage over all the fill-in-the-blank “gates” that unendingly capture the news ink.

If that’s just life and politics in this era, what does this mean for corporate ethics commitments today? How should your company best formulate its values such that they are relevant, relatable… yet based on universal principles of right and wrong? Or do classical objective values matter anymore?

Global social responsibility is what’s trending as a widely agreed-upon value. Undeniably, companies that demonstrate their ethical values through responsible sourcing are onto a winning strategy. Earlier this year, many Chipotle locations stopped serving pork after a supplier failed its “responsibly raised” animal welfare standards. Starbucks announced in April that it now sells 99 percent ethically sourced coffee. In both cases, the public response was positive. A 2014 Nielsen study found 55 percent of global consumers are willing to pay more for products and services from socially responsible companies.

After one of its suppliers failed to live up to its animal welfare standards, Chipotle marketed the decision to temporarily pull its pork products with the phrase “Dude, where’s my carnitas?”

On the other hand, consider the experience of Kathy Lee Gifford, who came under fire for obtaining her line of apparel from offshore manufacturers paying sub-living wages. Her loss of goodwill with the American public and the resulting actions she had to take to remedy the problem cost much more than the company would have paid to police contractors to ensure it wasn’t exploiting its workforce.

One caveat: “good global citizenship,” “responsible sourcing,” “sustainability” and “green initiatives” are the ethical buzzwords du jour, and while they can be strategically effective, companies that incorporate these policies primarily as marketing ploys soon pay the price within their own ranks. Once unveiled, ethical hypocrisy or lip service to a cause or philosophy becomes a special object of scorn. Employees and business partners will ultimately measure such initiatives against how they reflect the deeper culture.

The C-suite as ground zero

Despite a significant philosophical divide, adherents to both practical and universal ethics agree that an ethical leader possesses personal integrity and transparency. But how do these leadership qualities translate into policy and a company-wide buy-in?

Clear and consistent actions, pervasiveness of communications, good ears and a well-positioned radar are hallmarks of effective leadership of any initiative, and your company’s ethical pledge underlies all others. It can never be the stepchild to expediency. How you respond to challenges, item by item, and how you treat employees who take the ethics pledge seriously addressing each threat and each opportunity as it presents itself.seriously can make all the difference. You only grow an ethical organization by

This may be the hardest thing a leader does. Amid the temptations to cut corners or let something slip just this once, conflicted leaders, as they have for 75 years, might take inspiration from Churchill’s words. In his post-World War II address to the House of Commons and the British people, he foresaw the continuing ethical dilemmas posed by the proliferation of the hydrogen bomb. His admonition to “Never flinch, never weary, never despair” may resonate with business leaders today.

Doing the right thing in the face of challenges, be they opportunities or threats, is not for sissies.

King Arthur’s epiphany may not have made the historical impact he had hoped, but “might for right” is a powerful watchword for 21st century executives’ bottom line. What does ethical leadership impact?

The extent to which you are perceived as a consistently trustworthy leader affects:

In short, your ethical leadership is the rising tide that lifts all boats, both within and surrounding your organization.

First and foremost, the leader lays the foundation for an ethical culture by the extent to which he or she communicates with clarity and comprehensiveness. While lip service to a mission statement or ethics commitment is legendary, establishing an authentic ethical culture that reaches all levels of the company is hard work. Here are key components of a solid corporate ethics commitment:

Related to that last point, the Charleston shooter, Dylann Roof, gave his acquaintances hints of his plans, but they said they didn’t report him because they “don’t judge,” as The New York Times reported. Beyond the mission statement, companies need to be specific about what employees are to do when they become privy to ethical breaches. According to a 2013 survey from the Ethics Research Center, only 32 percent of employees are comfortable reporting wrongdoing by their peers if there isn’t a strong program in place.

When faced with an ethical dilemma, do your employees have a clear path to take?

Vetting top leadership candidates (and all candidates, for that matter) to the full extent of the law – while current HR practices set up roadblocks to the truth, persistence in contacting a wide array of people who have interacted with your candidate and asking questions they haven’t been prepped for eventually pays off.

Look for candidates whose track records include significant stints at companies known for having strong cultures of ethical leadership and corporate responsibility.

Whenever possible, speak to the candidate’s referees in person – it is much harder to give perfunctory answers to leading and open-ended questions when having a face-to-face conversation.

Hiring leaders (and to a lesser degree any employee in an organization) with poorly defined or poorly embedded personal ethics will derail the efforts to create an ethical culture more quickly than any other single factor. Strong personal ethics must precede the adoption of the company’s ethical code, which is, essentially, a social contract based on trust that individual behaviors, not just words, that reflect the mission. A company’s process for evaluating internal and external candidates for key roles is, therefore, crucial in keeping the organization’s ethical compass from zigzagging in different directions.

How do we define an ethical individual? Are we free to form our own opinions on ethics, or must we go with the consensus of “the times” and bow to relativism? How do some companies stand their ground against the relativist movement? Companies like Hobby Lobby and Chick Fil-A have held to the religious and moral values of their founders in the face of societal pressure to change. Although Chick Fil-A stopped supporting most of the pro-traditional marriage groups that created the public squabble, its business didn’t suffer even in the thick of the controversy. Similarly, Hobby Lobby remains the No. 3 craft and fabric retailer in the world even after its Supreme Court battle over birth control raised the hackles of feminists across the country.

In this larger landscape of public opinion (consumers, business partners, financiers), newsworthy accolades about companies that are responsible global citizens are highly prized, and rightly so. Companies with employees who deem them family-friendly, who encourage volunteering for charitable groups (particularly when it is on company time), who source responsibly and minimize their carbon footprints are heralded as “best places to work.”

However, a reputation for ethics all starts within the organization, residing in the priorities, principles and effectiveness of the enterprise’s top leaders. What is the process of determining how your company defines ethics? Ethisphere, a global organization that compiles a highly respected annual list of “the world’s most ethical companies,” still lists leadership criteria based on universal principles that don’t change: honesty, compassion and moral courage among them. Drilling down to more tangible terms, here are some indisputable characteristics of an effective ethical leader:

Related to that last point, Daniel Amos, chair and CEO of Aflac and an eight-time honoree of Ethisphere, said “Ethics is about transparency. Our stock dropped by almost 50 percent in 2007 because of negative rumors about our European bond holdings. We immediately put every bond we owned up on the Internet.” He advised quick response to an accusation, because “Bad news does not improve with age.”

Does ethical leadership pay off?

What happens today when these principles are violated by a leader? Social media makes personal indiscretions more likely to go public much sooner and with more damning effect. As detailed by Fortune, Professor Brandon Cline of Mississippi State University revealed in a 2015 study that average shareholder loss in the three days after the announcement of CEO indiscretion (sexual misadventure being the most common, followed by dishonesty, substance abuse and violence) averaged $226 million. Stock prices fell 11-14 percent over the subsequent 12 months. Shareholders reacted badly both because of the distraction factor and the presumption of poor managerial character.

On the reverse side, being viewed as an ethical leader has tangible benefits. A University of Maryland study of firms listed as most ethical between 2007 and 2011 concluded that their average portfolio risks and risk-adjusted excess returns were positive and above the market average over three and five-year holding periods.

Further, a study from the London Institute of Business Ethics found that companies with an explicit code of ethics saw profit/revenue ratios 18 percent higher than companies without such a commitment in place. Of course, this begs a chicken-and-egg question about whether good leaders institute codes of ethics or whether an authentic code of ethics attracts good leaders, but no one can doubt the fact that both ethical personal leadership and company-wide dissemination of an ethical commitment and corporate responsibility are crucial elements of these results.

Business ethics amid the reinvention of our cultural mores

Removing a universal moral authority reduces ethical standards to “preferences.” If this is true, then does ethical business leadership change to reflect whatever current social mores dominate?

The evidence would indicate not. The concept of objective right and wrong is not dead. Despite the trend toward practical ethics, it would seem most people still expect their leaders to embody the ethical principles that have passed the test of time. These are the leaders who overwhelmingly win – for their shareholders, for their employees… and for themselves.