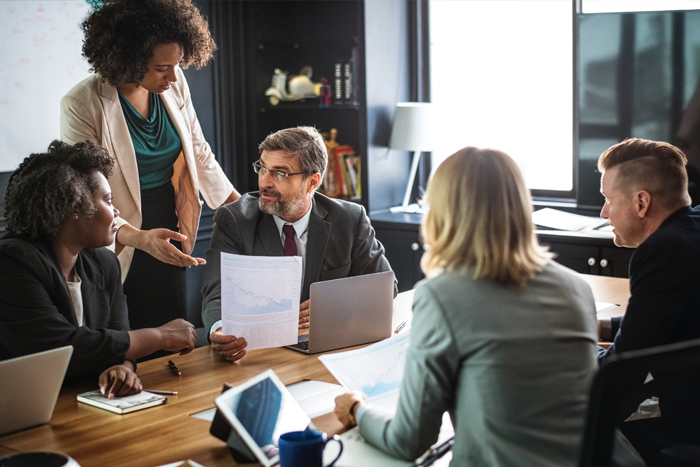 Engagement Matters: But What Exactly is Meant by Engagement?

We noticed in the January/February 2019 Harvard Business Review there was a short article about “the limits of empathy.” Since we've been writing extensively over the last year about the importance of self-awareness and empathy, this caught our attention. The gist of the “argument” is that the idea of taking someone else’s perspective doesn’t necessarily boost insights into what others are thinking and feeling and that connecting to another individual really begins with intuitive understanding followed or enhanced by what's said and how it's said. The researchers concluded that “understanding other people requires getting perspective, not simply taking it. We need to rely on our ears more than our intuition.” In other words, to truly understand the needs of others means understanding them, asking questions and creating an environment of multifaceted engagement.

Creating a Culture of Curiosity

SurveyMonkey is an interesting case study for looking at a new (or at least more complex) perspective on empathy and active employee communication. Zander Lurie, CEO of SurveyMonkey, ascended to this leadership role in a tragic and unorthodox manner. In 2015, the then CEO, Dave Goldberg, died suddenly while on vacation with his wife, Sheryl Sandberg, COO of Facebook. Lurie was a long-tenured SurveyMonkey board member, and when Goldberg passed away, he was asked to take on the role of CEO.

“Many people think a CEO’s job is mostly focusing on strategy, but for months I spent a lot of time helping employees process their feelings of grief, fear, and anxiety," Lurie said in a Harvard Business Review article. "I also thought a lot about how to preserve the core of what had made Dave’s leadership special while establishing my own leadership style.”

What Lurie realized was that SurveyMonkey had been on defense for some time and he needed to get it back to operating on an offensive strategy. He laid off 10 percent of the workforce, which did help to put the company back on a solid footing. However, this move was a jolt to the remaining team. He spent considerable time providing emotional support for employees and maintaining a high level of transparency around SurveyMonkey’s new strategy. In 2016, Lurie decided to use the actual SurveyMonkey tool to begin a more concrete healing process: survey employees about what they thought about the company, their perception of its culture and values. The result was a list of five employee values:

Related story: Baby Boomers Reinventing Themselves … And How This Relates to Their Relationships With Millennials

The above are aspirational; however, it was important that they aligned directly with how employees at SurveyMonkey actually worked together. “They had to be more than just slogans painted on the wall,” noted Lurie.

Subsequent to the survey, SurveyMonkey ramped up recruitment, updated its product road map, and looked to bring new solutions to the market. The senior team decided to ask customers what they valued most about SurveyMonkey’s offerings and services and to ask its employees what excited them about coming to work every day. Interestingly, in these numerous interactions, one word came up repeatedly: curiosity. External customers referred to as being driven by a curiosity about what others think. At the same time, it became clear that SurveyMonkey’s successful product innovations were increasingly the result of employees asking questions or looking at things with a new lens.

“Recognizing that curiosity is at the heart of everything we do, we make it our new rallying cry," Lurie said. "Today, SurveyMonkey’s mission is to ‘power curious individuals and organizations to measure, benchmark and act on the opinions that drive success.’”

The company went back to celebrating curiosity in a variety of ways. For example, it moved to a new headquarters and designed almost all aspects of the site based on employee surveys. Leadership began encouraging curiosity across the organization by creating forums more conducive to employees asking questions. This included town hall meetings where there were celebrations of “question of the week” chosen from employee surveys. The organization diversified its workforce, focusing on women who eventually would make up about half the company’s population. In other words, the culture was moving to reinforce curiosity and continuous communication rather than doing more of the same. Today, SurveyMonkey is once again an extremely successful public company. Lurie and others argue that this wouldn't be the case without the renewed focus on continuous feedback from both customers and employees.

The Importance of Engagement

Lurie obviously understands the importance of consistently engaging employees. This is less of a surprise than the fact that so many managers and leaders fail to embrace this perspective. Some, to our earlier point, rely on intuition and perception to determine what employees need to be truly motivated and operate at maximum levels. Others engage in the “top-down” model — i.e., employees will do what management tells them to do without question … or thought. Research shows that depending on these antiquated approaches is inadequate at best and can be destructive at worst, resulting in a workforce in malaise and looking backward as opposed to what needs to change.

Five years ago, the Gallup Organization embarked on one of the most ambitious explorations it has ever conducted, an analysis of the future of work based on a decade of input from nearly 2 million employees and 300,000 business units. The conclusions reached are both surprising and yet not so, and will be laid out in Gallup’s forthcoming book, "It’s the Manager." The conclusion of this study confirmed what Gallup has seen before: productivity depends, to a high degree, on the quality of managers and their ability to motivate and excite. This is certainly not new, but the scope and size of the correlation are what makes this finding more interesting.

The study showed that managerial influence for team results explained 70 percent of the average variance. This is the “a-ha moment” of the study. Further, Gallup’s primary metric for rating business teams proved to be engagement. Gallup and others have once again shown that highly engaged teams have significantly lower turnover and higher productivity. Gallup found that roughly one-third of employees in the U.S. consider themselves "highly engaged"; however, in successful businesses, that figure runs north of 68 percent. Engagement is directly linked to a sense of purpose and personal growth, and not simply pay and total rewards benefits.

Returning to the issue of culture, it's fine for companies to embrace a set of values and impose or claim a culture of positive engagement. But to Lurie’s point, it must be more than slogans on the walls and new employee materials that boast of cultural inclusion. For most workers, the real company they work for is the team they're on. The greater organization is important, yet increasingly employees, and particularly millennials, seek companies that have “purpose” they can relate to and align with, which makes work a community of thinkers. The true employee engagement occurs through direct communication and interaction, which more regularly occurs between employees and their direct manager(s) in companies that think in this described fashion.

The obvious point here is that management continues to MATTER. This isn't new, which makes it even more compelling. If researchers and even academic pundits have been telling us for decades that management and the relationships they have with employees is key to success, why are so many companies still dramatically deficient in the quality of their management? In fact, many are trying to find new reasons that ignore what's clearly evident. Perhaps more leaders should ask their workforces what constitutes effective management.

In other words, engage their employees.