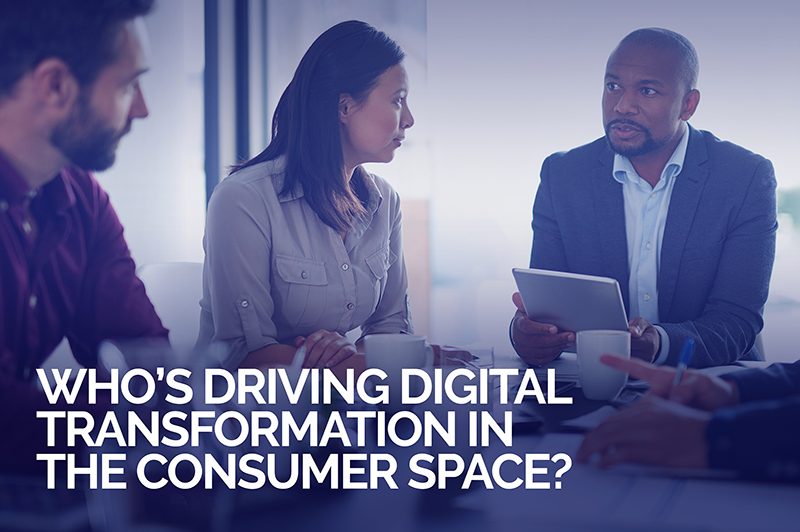 The internet is hardly new, and eCommerce has been growing steadily since Jeff Bezos first sold a book online in 1995. As much of the world has been staying at home over the lengthening pandemic era, however, digital transactions and eCommerce have become twin necessities of contemporary life. While the early days of the digital evolution of consumer goods were certainly marked by disruption, we are now looking at a landscape in which having a digital presence is simply no longer optional for a consumer goods company. The role of Chief Digital Officer has come to the fore in the modern c-suite.

We all remember the sudden absence of toilet paper at the start of the COVID-19 pandemic. Supply chain issues continue to plague the consumer space even as we approach the second anniversary of the pandemic’s start. This has of course upended shopping and consumption habits across the globe. We have seen survey data suggesting that industries saw an average 20% increase in their fully digital user base for the six-month period ending in April 2021.

The COVID-19 pandemic has driven a rapid adoption of digital channels across countries and industries, and companies have been attempting to improve digital experiences by investing in a hybrid physical/digital footprint, or “phygital” space. The move into digital space often provides a richer feedback loop of data on customer preferences. Instead of convening shopper feedback panels to A/B test new ideas, companies can look to website analytics to determine what presentation best resonates with their target audience.

While it is possible to lament the pace of digital information consumption as somehow deleterious, companies have found that the quicker pace can lead to quicker buying decisions. Whirlpool Brazil, to take one example, has seen a 12-week buying decision on a new washing machine reduced to one week. They attributed this incredible acceleration to the ready availability of trusted reviews and have created a content team to deliver information through newer channels, such as social media, to promote their products.

The World Economic Forum describes four main themes of digital transformation in their report on the pace of digital transformation in the consumer space. The first of these is data flow and value capture. The pace of digitalization has created opportunities for companies to use consumer data to drive innovation and improve experience. The data gathered from cookies left in an internet browser, for example, might show a company that a customer came to their site from a competitor before making a purchase or purchasing decision. This knowledge in turn can help the company understand the purchasing mindset of their customer base. That understanding can help create a better customer experience. That improved experience builds trust and brand loyalty in turn.

This all ties closely to the second theme: the experience economy. Traditionally, producers of consumer products were principally concerned with output and revenue: how many dollars earned per item produced. Contemporary consumers are concerned with the experience as much as—or more than—the product itself. Data-driven analysis of customer habits and attitudes enables companies to move from being what Naomi Klein termed “manufacturers of lumpy goods” in No Logo to curators of experience. In a recent “One on One” interview, Luciano Rodembusch recalled how Tiffany’s was able to extend intimate customer experiences to more of their customer base through digitalization of the sales channel. Instead of waiting for an annual event, customers could schedule a video meeting with the Chief Gemologist of Tiffany & Co. from the comfort of their own couch. The extension from physical space and tangible goods to digital experience allowed a deeper customer interaction with the luxury brand. 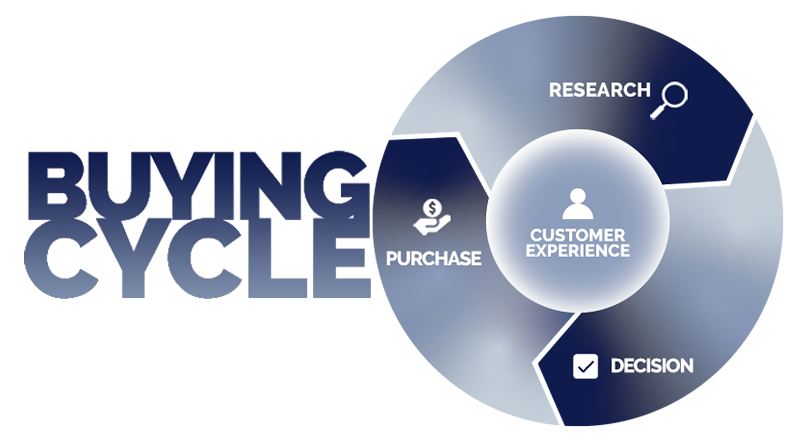 The third theme discussed by the World Economic Forum is the notion of omni-channel retail. Rodembusch’s example above provides a tidy case-in-point. In a brick-and-mortar world, Tiffany’s only existed as a physical space to which one had to travel in order to buy an engagement ring. With a presence in the physical retail space, the catalog retail space, and the ecommerce space, Tiffany’s is positioned to engage with customers in any way the customer prefers. Close alignment with the experience is critical to success across channels to avoid cannibalizing sales between physical and digital spaces. If customers feel one experience is lacking, they will quickly flee to another channel at best or to a competitor at worst.

Finally, the digital operating model must be considered. As WEF puts it, “In the digital world, supply chains need to become more agile to thrive in an environment characterized by shorter lead times, higher frequency and uncertainty of demand. Companies will also need to be able to have granular visibility across the supply chain.” The global nature of the COVID crisis, to say nothing of the havoc wreaked by the Ever Given’s obstruction of the Suez Canal, has laid bare any hitches in global distribution of goods. This, in turn, has led to companies who had sought cost controls by moving away from domestic production to strongly consider, if not adopt, a re-shoring policy.

We recently looked into the CDO role among Fortune 1,000 companies in the consumer space. The CDO is still a relatively new role in the C-suite overall. Everything we’ve already reviewed about the consumer space and COVID crisis above paints a vivid picture of a role in rapid transition, if not evolution.

There is never any one path to a particular role at a company, nor are there necessarily agreed-upon prerequisites for most roles. In an emerging role, any company has the choice to prioritize overall corporate career length and leadership track record or to prioritize what we might call subject matter expertise. In the case of the CDO, this means that one choice is often placing a seasoned senior executive in the role in the belief that their leadership experience will allow them to succeed in a field in which they may or may not have completed a large body of work. The other choice would be to place someone who is a digital native but does not have the track record of senior leadership into such a role. In the former case, the presumption is that the digital part can be taught; in the latter case, the presumption is that leadership can be taught. We have found that while some companies are indeed choosing to put leaders with 20+ year careers into the CDO role, the trend is decidedly tipped toward the latter situation. More CDO searches prioritize finding someone who is an expert in the field with the understanding that they can be taught how to work in the C-suite more readily perhaps than someone who knows the C-suite but does not know digital as a native.

We also need to note that there is variance in the title assigned the duties of the head of digital. A major snack and grocery producer’s executive in charge of eCommerce and direct-to-consumer concerns holds the title Executive Vice President, Chief Strategy & Transformation Officer. A different major beverage producer has structured their boardroom similarly in terms of duties and title; there is also, however, a separate eCommerce Head who served as Chief Operations Officer & Chief Digital Officer at his prior firm. Among the four highest-ranked food and beverage companies in the Fortune 500, only one uses the title Chief Digital and Technology Officer for the executive whose role encompasses data analytics, cybersecurity, and digital transformation.

The consumer CDO is nearly 2.25 times more likely to hold an MBA than not. Male CDOs, however, were more than twice as likely as female CDOs not to hold the degree. This finding largely tracks with the overall trend of women and men in the C suite, wherein women who reach this level do so later in their careers than their male peers. It is not surprising, therefore, that there should be more women holding advanced degrees in the role than men.

Nearly half, 24 out of 50, of the CDOs we profiled were White. The next highest representation in terms of diversity is South Asians at a rate of 26%. Hispanic individuals comprise 8% of CDOs profiled. All other ethnicities comprise the remaining 18% of the CDO role. The CDO seat is therefore a prime avenue through which a company might diversify its C suite.

CDOs have mostly begun in business development and operation roles, moving through a company’s product and technical development areas before arriving in the C suite in the past. Accordingly, they would have a keen eye for the needs of the firm throughout the product development and refinement cycle. Our experience in the market, however, indicates that a pathway through marketing and strategy is increasingly common. This pathway provides candidates with a deep understanding of the company’s brand and identity, both of which are crucial components to digital success. With the capacity to respond to technological development and evolution, the CDO will also need to be a skilled change manager. As the officer often responsible for a company’s fastest-growing revenue streams, the CDO will get plenty of close working time with the CEO. This sets up the CDO role as a prime position to consider in CEO succession planning.