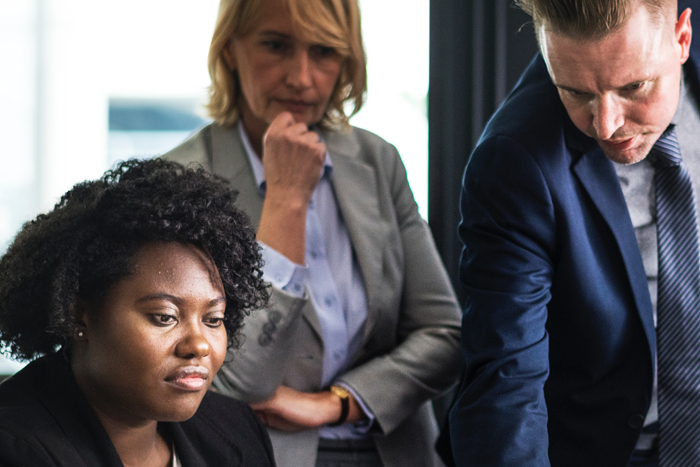 Can Multigenerations Coexist in the Workplace?

Within the last two years, there has been a proliferation of analysis about millennials and what motivates them, how they perform in the workplace and what their impact is on workforce culture. This always includes mention of the challenges of managing millennials, particularly if the managers are baby boomers or the post-boomer generation. Millennials, those who come after and those who come before, are the new reality of “living” in corporate society.

Some argue that the various generations struggle to coexist in the workplace, but we're presenting a different perspective. We believe that multigenerational workforces can be much more innovative and creative as long as they're able to manage creative tension and empower and engage disparate employees. However, to do this, companies must be aware of what motivates and excites these diverse employees of varied age groups.

For those in their 50s or older, we have the benefit of living in times where age seems to keep moving to a younger point. Most of this group remains active — they're exercise fanatics obsessing over foods that are healthy and lifestyles that are more balanced. Each decade seems to be labeled with a reference to the “new” something. Recently we read that “70 is [now] the new 50.” And if our 80-year-old pilates companion is any indication, the continuum will keep on moving.

This age group offers an oft-dismissed wealth of knowledge and experience. In fact, contrary to earlier belief, the labor pool is aging as individuals stay active longer. What does this mean? It implies that an invaluable knowledge base may soon be lost if something isn’t done to "plug the brain drain.” Hence, an even more cogent understanding that the “older” employee not only continues to add value, but the loss of the older employee is a liability the workforce cannot allow.

A Nov. 26, 2016 Wall Street Journal article titled “Five Myths About Landing a Good Job Later in Life” tackles prevalent myths and misconceptions about working later in life and supports this argument. Because the U.S. economy has shifted from manufacturing to services, more positions are dependent on developed cognitive skills rather than physical ability and “brute strength.” Experience is a critical factor that may give older workers a cognitive skill advantage over younger ones. Past experiences will give the over 50 group more knowledge to draw from when tackling problems, challenges and looking for solutions. Being innovative in using past experience is, however, key. Generally, baby boomers are better educated than previous generations of older workers.

There's less of a gap between this group and the younger workforce. According to Harvard economists Claudia Goldin and Lawrence Katz, in 1990, 65-year-olds had an average 11.5 years of schooling, or 1.8 years less than the 13.3-year average for 25-year-olds. By 2010, older adults had an average 12.6 years of education vs. 13.9 for 25-year-olds. Taking this to its logical conclusion, the argument to be made is that this gap will shrink to just six months by 2030, according to Harvard Medical School Prof. Nicole Maestas.

Further research from Maestas reveals that 40 percent of people who retire take a break and then return to work, typically within two years. As the U.S. has shifted to a more service work basis, employees have found it easier to take time off and “reboot.”

"Blue-collar work is typically more demanding and physical skills probably deteriorate faster than the interpersonal and knowledge-based skills that are more prevalent in services and white-collar work,” said Michael Giandrea, a research economist for the U.S. Bureau of Labor Statistics.

Research shows there's little to no relationship between age and job performance. In jobs that require experience, studies show that older adults actually have a performance edge. Other studies show that experience actually offsets physical and cognitive decline. It's all about trade-offs and making these generational differences work to the organization’s advantage.

Two other realities of the older workforce are that more work full time than part time, and many continue to pursue entrepreneurial interests with an almost renewed vigor. Most part-time workers in the over 50 category do so by choice, not necessity.

And when one looks at the statistics, individuals aged 55 to 64 represent 24.3 percent of entrepreneurs who launched businesses in 2015, up from 14.8 percent in 1996. Contrast this with workers aged 20 to 34. For this group, 25 percent launched startups in 2015 vs. 34 percent in 1996. The data suggests that the U.S. entrepreneurship boom might be related more to age and time than simple creativity or youthful exuberance.

There's no doubt that millennials are now the most active part of the U.S. workforce and are motivated by “different” forces than baby boomers. In summary, millennials don't remember a time when there were no computers, cell phones or social media. No matter how practiced the baby boomer becomes in regard to technology, he/she likely will never be as natural as a millennial. Baby boomers learned technology; millennials were born with it. Because of this reality, millennials prefer texting or sharing information via social media rather than in-person interaction, cell phone conversation or (heaven forbid) a land line.

Let’s look at texting. Meticulous attention to grammar and spelling take second or third place in this type of communication. Furthermore, the nuances of body language, facial expressions and voice tone are really nonexistent. Texting is parallel to how cursive writing affected baby boomers. Yet “cursive” is pretty much an extinct practice among younger generations who primarily “write” via an electronic device.

Generally, most millennials who pursue a white collar job are well educated; however, their education differs from previous generations, again due to the proliferation of technology. In many ways their skills are different. How millennials learn is tied to their dependence on a device. Ask a 20-something executive to borrow a pen and paper to demonstrate a point and watch the look you get.

Common practices for baby boomers are nonexistent for millennials. Most 25- to 35-year-olds rarely visit a bank. They may use an ATM, but not often as they pay for everything via a debit card or some other transfer program. They take a picture on their phone to make a deposit. They think nothing of walking around without cash, even when traveling. Millennials rarely write thank-you notes; they text. They would never have a physical “planner” or address book. These are obvious differences between generations, but they have profound effects on human behavior as defined by older generations.

How millennials look and interview for jobs illustrates this new reality even more clearly. Most baby boomers secured jobs through on-campus interviewing, phone screens, recruiter meetings, etc. The practice began and ended with a “live” human interaction. A Wall Street Journal article titled “Texting Might Help Land You a Job” explores the changing trends in recruitment. “People don’t want to have that 10-minute (phone) conversation any more if they could just reply with a quick text,” said Kirby Cuniffe, chief executive of staffing firm Aegis Worldwide, LLC.

More and more employers are turning to apps with interview questions such as “What motivates you?” and then software analyzes the responses.

Some 12 percent of millennials prefer the phone for business communication; by contrast, 45 percent prefer chatting online, or through email or text messages, according to the Wall Street Journal article. Unilever recently launched a program where it ditched resumes and traditional campus recruiting. The CPG company's new process relies on algorithms to sort and target young professional hires where they spend much of their time — their smartphones. The takeaway is that millennials respond to “interaction” differently than older generations.

Many industries are affected by these differences, however, the retail industry is particularly in flux. Most argue that some type of brick-and-mortar retail will continue to exist, but not in the way older generations recognize it. Malls are becoming museums, office space, etc. Big-box stores are “downsizing” or going out of business. Why? Because technology has changed the landscape. Even our 80-plus year-old parents buy things online now. There's no need for a record or CD. The smart television gives you any choice in viewership. These are benefits for baby boomers who adapt. For millennials, this has been their reality. In fact, most don’t even own or watch content on a TV. The retail space has profoundly been affected by technology and the millennial customer — and it won't get any less challenging any time soon.

Blending in the Workplace

Can the 50-plus generation and millennials coexist in the workplace? Absolutely. And as argued in part two of this series, companies benefit from a mix of generations. Older generations bring experience, wisdom and “history.” Millennials bring technological expertise, new perspectives, and understand evolving social needs and wants. Research suggests that companies that figure out how to integrate multigenerations are likely to be more successful than those that don’t and will reach a wider audience while staying ahead of trends. “We have new guys who are smart, but they just don’t have the experience. Having someone around they can ask questions of is a big benefit,” says Roger Locy, a near 70-year-old who has worked in nuclear power since 1966.

In addition, research shows older workers are looking for social relationships, and the workplace provides them. Peter Cappelli, director of the Wharton School’s Center for Human Resources, believes it's best to keep diverse age groups mingled in the office. Mixed age groups tend to get along and perform better than groups of the same age. Even more important, the older worker is not in competition with a 25-year-old.

Successful integrations of generations depend on a variety of factors. The older employee cannot be a “luddite” and unwilling to change. Flexibility is key, as well as moderated patience. The older worker tries to understand what motivates a millennial and find ways to impart his/her wisdom in ways that translate to a younger employee’s language. In many cases imposing traditional structure on a younger workforce just doesn't work.

However, we argue that some structure is necessary to avoid chaos. Understanding the right mix is key. Millennials and baby boomers also have different ideas about the benefits found in the workplace. It’s always nice to have a “fun” environment, though this must be in context to the type of business/industry. And what constitutes as “fun” for a 30-year-old often differs from a 60-year-old.

An advertising agency moved to a new location and wanted to create a fun environment that was different from its previous traditional office space. It created a mostly open environment with a basketball court, bright colors and small kitchen. All of this was fine except the CEO “expected” basketball games mid-day sometimes resulting in younger workers having to stay late to get their work done. The employees felt obligated to play even when they weren't that interested and gradually resented the interference with their departure time. The CEO was coming from a boomer mind-set, trying to be “contemporary.” This CEO didn't really understand the millennial mind-set, and significant turnover was the result.

The point of all this is that an age blended workforce is, in fact, richer and more likely to be successful. There are some exceptions to this, but in this ridiculously fast-paced society we live in, we need the mix of experience and “history” of our older generations and the new thought processes and behavior of younger generations. Both benefit from understanding and learning from each other. We coach millennials who are entering and navigating the workplace and find them to be receptive and interested, but the language and approach differs. Success depends on understanding this and implementing an appropriate mix with an open mind and an expectation of adventure.